Since the mid-1980's Gregory Green has created performances and artworks exploring the evolution of empowerment, which consider the use of violence, alternatives to violence and the accessibility to information and technology as vehicles for social or political change.

Many of Green's artistic investigations have focused on terrorism and the possibilities for sabotage of the physical infrastructure, and the ease in which individuals, armed with readily available information, can endanger the status quo. Green thoroughly researched and produced a series of pipe, book, suitcase and nuclear bomb sculptures. He also created several guided missiles that could be armed with conventional, bio-chemical or nuclear devices. These artworks, although containing no explosives, are otherwise carefully designed to be mechanically complete and potentially functional-including a 10-Kiloton nuclear device, minus only the needed plutonium.

One work suggesting how to manufacture large quantities of LSD as a form of civil disruption was seized by the police in 1995 after raiding a gallery, briefly jailing its director, and issuing a warrant for Green's arrest.

Green's ongoing body of work emphasizes the power of non-violent means for effecting change in existing political and economic structures. Appropriate to the current technological, information and communications revolution, Green's recent works examine the possibilities for individual or independent control of information and communication systems. Accordingly, he has created computer virus multiples, as well as installation tableaus of operable pirate broadcast units and satellite prototypes.

While broadcast, computer and satellite technologies provide the means of potentially achieving a broader voice, unfortunately this might increasingly be at the sacrifice of privacy and the service of surveillance and electronic subversion.

Believing in passivism and organized non-participation as the ultimate forms of empowerment, Green predicts that individuals and groups will increasingly employ alternative strategies in attempting to establish new social systems.

Greens ultimate utopian-like project is his current endeavor to form an officially recognized independent nation-state, The New Free State of Caroline, on an uninhabited and unclaimed island.

Often referencing historical precedents and disturbingly anticipating current events (the Oklahoma City bombing, the Unabomber, or the "taking down" of e-commerce titans such as Amazon.com), Green's provocative works continue to blur the boundaries between art and activism, cultural critique and social commentary. 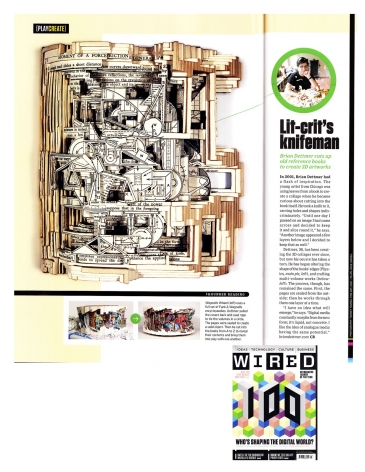 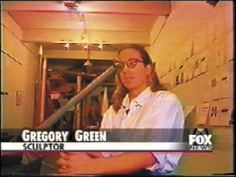